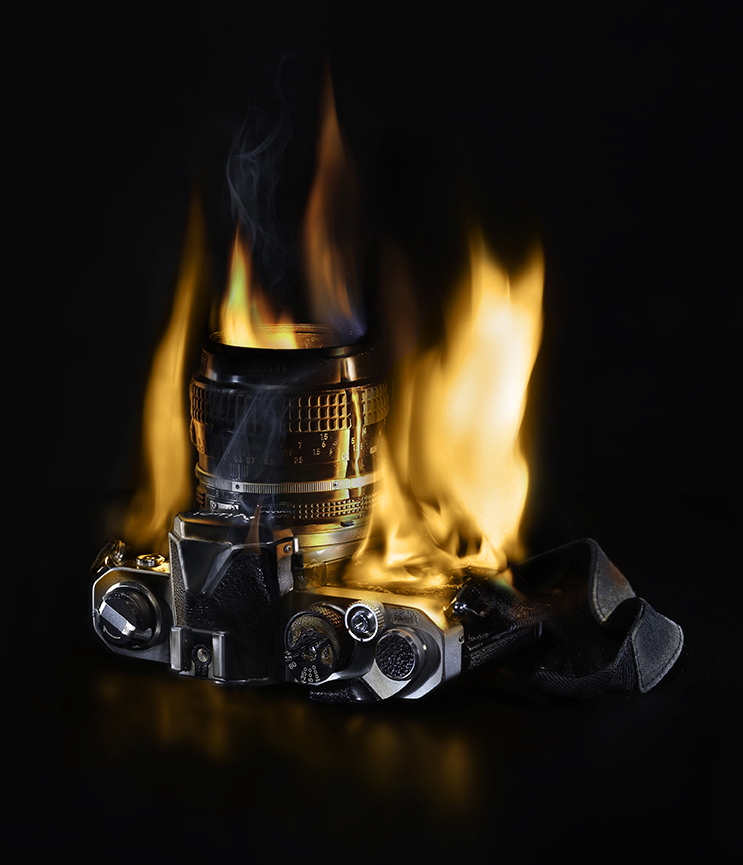 Jordi discovered Photography at the age of 13 while working as an apprentice in a graphic studio. Later, he was self-taught by working in the mornings in photographic laboratories and, in the afternoons, he went out to photograph everything that attracted him with a second-hand camera.

Five years later, his first exhibition did encourage his career (1975).

He worked taking photo reports of concerts and as a creator for Underground magazines’ covers, vinyl and posters. Meanwhile, his personal project ‘Color hand’ (manually colored photographs with an illustration technique) was being exhibited in national and European galleries.

In 1979, he co-founded ‘Extra!’; a team of three photographers with whom he made an extensive monographic documentary about a travelling circus in Spain. “El circo está aquí!” Was the title of the exhibition which derived from that photo report (with more than 400 photos), inspired by the the North American FSA’s photographers. Thirty years later, it would be partly exhibited at Macba, Barcelona (2012).

Without leaving aside his creative work, in 1983, he began his intense professional work as a food and publicity specialized photographer. Jordi always combines his job with different personal projects such as portrait, reportage, travel photography and other diverse publications.

A part from exhibiting in numerous national and international galleries, Jordi has also been awarded. His photo projects range from topics such as the “Contemporary Urban Antropology” with more than 800 portraits of tattooed people, going through “White objects”, “Mortvida”, to “Abyssalis” (a collection of creative photography about abyssal fauna) etc.

About his personality we could highlight his observation of details, the meticulous care of his photos and his constant dedication to start new creative projects … And, most importantly, Jordi keeps taking photos… ¡what an unstoppable photographer!

1983. Cultural Center of Terrassa Gallery exhibition: “The Circus is here!(Barcelona)

2012. MACBA, Museum of Contemporary Art of Barcelona (Barcelona) exhibition: “The Circus is here!”